Azerbaijani delegation has an audience with Queen Elizabeth 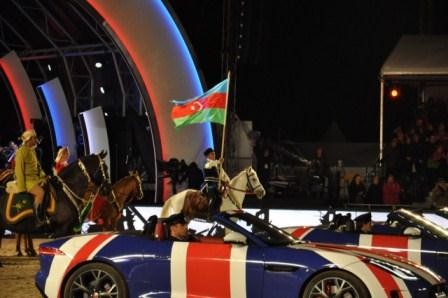 An Azerbaijani delegation has had a tea party with the Queen Elizabeth II on the sidelines of events organized on the occasion of Her Majesty's 90th anniversary Jubilee celebrations in Windsor Castle.

Chief of the State Border Service, president of Azerbaijan Equestrian Federation Elchin Guliyev, Azerbaijani Ambassador to UK Tahir Taghizade, Chairman of The European Azerbaijan Society (TEAS) Tale Heydarov and others attended the tea reception which hosted on behalf of the Queen Elizabeth for the participants of equestrian events.