Anthem was played wrong in front of Putin - Video 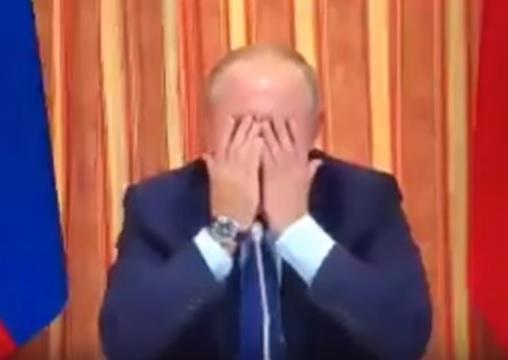 During a meeting with Russian President Vladimir Putin and King of Saudi Arabia Salman bin Abdulaziz, there were unexpected moments.

Axar.az informs that, Saudi orchestra, which plays the Russian anthem in front of the leaders, could not hit the notes.

“During his visit to Saudi Arabia, Vladimir Putin was greeted with a very familiar melody. However, it is clear that he does not remember the music that is played by his facial expression. He [Putin] could not remember where he was listening to those notes before, ”the video said.