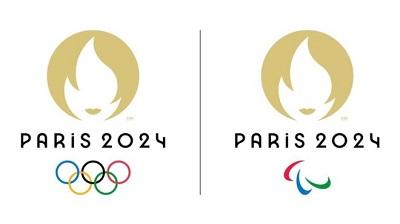 The logo for the Paris 2024 Olympic Games has been unveiled to both praise and mockery on social media.

The new design at once depicts the Olympic flame within a gold medal, and the hair and lips of Marianne - the personification of the French Republic since the 1789 revolution.

Organisers say the logo brings together iconic symbols of sport, the Olympics and France.

But some joked that it would be better suited to a dating site or hair salon.

The logo - which will for the first time be used for both the Olympics and Paralympics - took a year and a half to be created and was first unveiled in Paris on Monday.