Baku holds 96th anniversary of event of Republic of Turkey 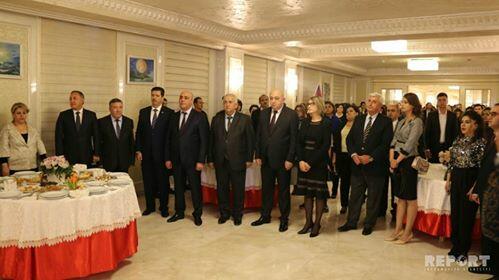 An event dedicated to the 96th anniversary of the establishment of the Republic of Turkey was held in Baku on Oct. 29.

Speaker of the Azerbaijani parliament Ogtay Asadov, MPs, representatives of the diplomatic corps in Azerbaijan attended the event.

October 29 is celebrated as Republic Day in Turkey.