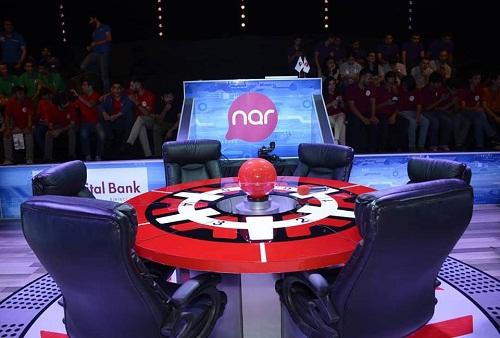 The 14th season of the ‘Brain Ring’, the most interesting intellectual contest in the country, continues with the main sponsorship of Nar, the mobile operator which attaches special importance to the promotion of education, science, and enlightenment.

Axar.az reports that ‘Nar’ team has become the winner of October following the severe competition among 26 teams representing 11 universities and 15 regions. As always, this time the mobile operator provides a chance for the program spectators to win a prize. Thus, any person who answers the question announced during the competition most quickly while the program is on air, through Nar’s Facebook, may win a present from Nar. Rahil Dadashli, Orxan Abbasov, Mahira Sadigova, Ali Mammadov, Elchin Allahverdili, and Niko Sadigov became the winners in October as they were the first ones to correctly answer the questions shared on the page.

Notably, the contest is aired every Sunday at 20:00 on the Ictimai TV channel. The games will last until the beginning of January. This season, the teams are competing for the ‘Bilik’ Cup. The winner of ‘Bilik’ Cup will face ‘Nar’ team, the winner of ‘Nar’ Cup the previous season, to compete for the title of ‘Brain Ring 2019’ champion of Azerbaijan.

Nar supports a number of intellectual contests with the view to contribute to the enlightenment of the youth and development of their mind-set and analytical thinking skills.

“Azerfon” LLC (Nar trademark) started its operations on March 21, 2007, and within a short period of time became one of the leading companies of the telecommunications and mobile communication industry of Azerbaijan. The ‘Nar’ brand name was selected as the symbol that resembles the cohesion of the rich cultural and historical heritage of Azerbaijan with modern life. Being the first operator in the country to introduce 3G technology, Nar provides the customers with a wide 4G network coverage. Nar network currently covers 97,5% of the country's population, providing high-speed service to over 2,3 million customers with more than 8,500 base stations.