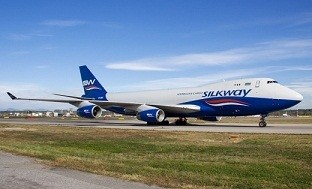 Azerbaijan has started the laboratory analysis (chemical, DNA) of the tissues taken from the bodies of those killed in the AN-12 cargo aircraft crash in Afghanistan, the Azerbaijani Health Ministry's Forensic Medical Examination and Pathological Anatomy Union told local media on May 21.

The genetic examination of the bodies has already been started, but DNA testing will last long. As the bodies of the pilot and his assistant were found in the cockpit, they have been approximately identified.

The aircraft of Azerbaijan’s Silk Way crashed while taking off at Afghanistan's Dwyer airport May 18, at 14:30 (UTC/GMT +4 hours).


The AN-12 was leased from Azerbaijan's Silk Way for cargo transportations in Afghanistan. The aircraft landed in the Dwyer airport after leaving Afghanistan's Bagram airfield and was flying to Mary, Turkmenistan, for refueling. There was no cargo on board.


There were nine crew members on board:


According to the available information, Andrey Ganzha and Ramzi Aliyev survived the crash and their health condition is stable.