Shock from Poroshenko to Nikol in Munich 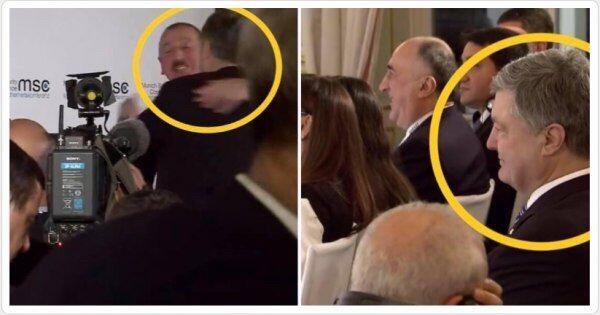 Former Ukrainian President Peter Poroshenko one of the highlights of the 45-minute debate at the Munich Security Conference between President of Azerbaijan Ilham Aliyev and Armenian Prime Minister Nikol Pashinyan.

Axar.az informs that, former President of Ukraine, who sat in the hall for the guests from Azerbaijan, listened to Ilham Aliyev-Nikol Pashinyan's talk for 45 minutes.

The ex-president, who did not hide his sympathy for Azerbaijan, approached Ilham Aliyev as soon as the discussion panel was over. Poroshenko did not meet with Nikol Pashinyan. With this gesture, the former leader of Ukraine has become a serious target in Armenia. Armenians were jealous of Poroshenko's move, indicating that he was close to Azerbaijan.