Ayan Aliyeva: This is my "thank you" to it 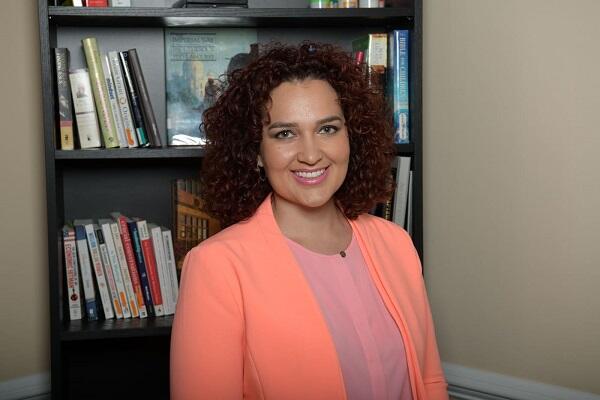 “What can be more honest and noble than to teach others what you yourself know best?” said the Roman speaker Quintilian.

Axar.az reports this is the idea that leads the thoughts and motivation of Ayan Aliyeva, the CEO of A-Level Education Centers.

While still a high school student, at the age of 17, Ayan started teaching English and realized that her goal in life would be to share her knowledge with as many people as possible.

Today, Ayan as the founder of the A-Level Education Group, through her hard work and perseverance, has reached a global presence. This is illustrated in this article with the focus on the creation of her first branch of A-Level Education Centers in the village of Balajari.

In the distant past, in the very center of Balajari village, there was a House of Celebrations, owned by Ayan Aliyeva’s father. In the difficult times of the 90s, the facility fell into complete decline, and huge investments were needed for its restoration, which the family did not have at the time. The two-story building had stood empty and abandoned for 10 years or more, and the State had been asking the family to buy out the property and privatize it, which unfortunately through lack of funds they could not do.

With the whole business of her father now in jeopardy, Ayan set herself the goal of redeeming the property and her father’s business. Even though at this time Ayan was just 26 years old but with the good fortune of state and international grants, she had studied hard and graduated with 4 degrees in the UK and the USA, which will, later on, help her open language schools throughout Baku. However, at the time, this was not enough to privatize and modernize this two-story building facility.

Despite these difficulties, Ayan resolutely moved towards her goal, of opening a real language school that meets all European standards in her native village!

This was no mean feat, as at the time Ayan was preparing to become a mother while embarking on one of the biggest challenges and adventures of her life. Having collected all of her savings together and taken a huge loan, she finally purchased the premises.

However, this was just the start of her commitment and fortitude. The next stage was the improvement of the old House of Celebrations which required a second loan. A big risk compounded by general opinion locally. Ayan’s relatives and friends were shocked by her decision because they believe that the building would bring income and return on investment only if it continued its old function as the House of Celebrations.

“Partially they were right; existing schools bring practically nothing in financially ” - Ayan laughs - “but the satisfaction that I feel, knowing that I've enabled the residents of my native village to study under the same conditions as children in European countries is priceless anyway to me and this is my contribution to the development of my home area. This is my “thank you,” says AyanAliyeva.

This confidence and expertise have now produced and established the Balajari branch of A-Level Education Group, the only language school of this level in the entire Binagadi district. Teachers who teach in it pass at least three stages of advanced training abroad or take online courses and some are personally trained by Ayan herself. The school carries out pre-school and school training, language learning and a range of testing methods.

Today, Ayan lives between two countries - the USA and Azerbaijan. In the USA she is receiving her fifth and sixth degree at the University of Liberty, where she is studying inclusive education for children (majoring in providing access to education for children with special needs, autism, Asperger syndrome, and Down syndrome), as well as educational management. In addition, she is going to defend her doctoral dissertation and get a doctorate in philosophy.

All of this knowledge on teaching methods and educational management acquired by her in the UK and America Ayan is ensuring to implement in all branches of her A-Level Education Group in Azerbaijan. Therefore the training in Ayan’s schools and centers meets the highest international standards.