Are you using sunscreen right? 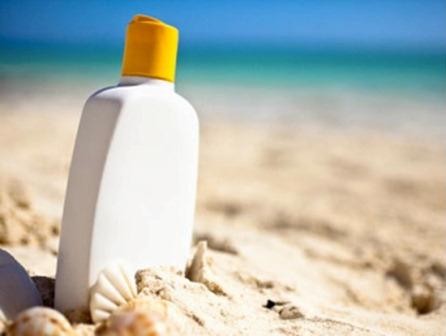 Look, we’re not here to nag. We all know we’re supposed to use sunscreen more reliably than we probably do.

Instead of hounding you again, we asked experts for tips on skin cancer prevention and using sunscreen that you’re less likely to have heard: the counterintuitive, the new or the little-known.

Here’s what they told us. (We know this is a little “Eat your vegetables” of us, so we’ll give you a reward if you make it to the end.)

Hopefully, you’ve heard these before, but let’s reapply.

Depending on your body size, experts recommend using enough lotion to fill a shot glass, or an ounce, when you’re at the beach. Even if people are smart enough to apply sunscreen, they may not use enough, said Dr. Jerry Brewer, a dermatologic surgeon at the Mayo Clinic in Minnesota.

Even if the bottle says the lotion is waterproof, beachgoers should reapply after swimming.

If you’re not swimming, you should reapply every two hours, regardless of the SPF count.

You should put sunscreen on 15 minutes before exposure.

Look for products that are labeled “broad spectrum protection” with an SPF of 15 to 50.

Dr. Elizabeth Hale, a senior vice president for the Skin Cancer Foundation and a dermatologist in New York City, said that both men and women are likely to miss the tops of their ears and the tops of the feet.

Dr. Brewer said beachgoers often miss the bottoms of their feet, which can be exposed if they’re lying on their stomachs reading or napping.

This is a tricky one. Not even the Food and Drug Administration is sure, and we still don’t know how effective they are or whether inhaling them can be dangerous.

While some medical professionals suggest you should not use them, “I tend to think it’s better than nothing,” Dr. Brewer said. He recommended using the creams and lotions when possible, but said the sprays can be useful if you’re on the go and won’t make time for a full reapplication.

Dr. Hale said spray-on sunscreen should be applied indoors in a well-ventilated area, and never sprayed directly on the face. Trying to apply it on the beach could lead to much of it flying away in the wind, leaving you with inadequate protection.

Though there’s no quantifiable standard like the shot glass of lotion, Dr. Hale suggested spray users create “an even sheen on the skin.”

Because you’re probably taking your phone to the beach, you could rely on it, instead of your faulty memory, to remind you that it’s time to reapply. Android and iOS are rife with free and inexpensive apps that could alert you when you need it.

You could also seek help from wearables. A jewel-like device called JUNE, which can be worn as a bracelet or a brooch, monitors sun exposure and syncs with an iOS app that can tell you how quickly you’re using up your recommended sun allowance for the day. Or you could try a low-tech wristband, like UVSunSense, that changes colors to signal you should reapply sunscreen or head indoors.

Improving Your Looks, Too

Dr. Hale said that when she tries to persuade patients to take sunscreen more seriously, she sometimes targets their vanity more than their health. She tells them that using sunscreen every day — not just when they’re at the beach or the park — can help prevent the brown spots and wrinkles that often lead people to seek out dermatologists, and that sun exposure is a primary driver of the skin’s aging process.

“I truly believe sunscreen is the No. 1 anti-aging ingredient,” she said.

Research in 2013 revealed that people who used sunscreen every day had markedly smoother and more resilient skin. The study was funded by the National Health and Medical Research Council of Australia, and no sunscreen makers contributed.

Congratulations for making it all the way through an article about sunscreen. As your reward, we present you this adorable photo gallery of parents applying lotion to visibly annoyed children. You earned it.