Metsamor is located in a very perilous seismic zone 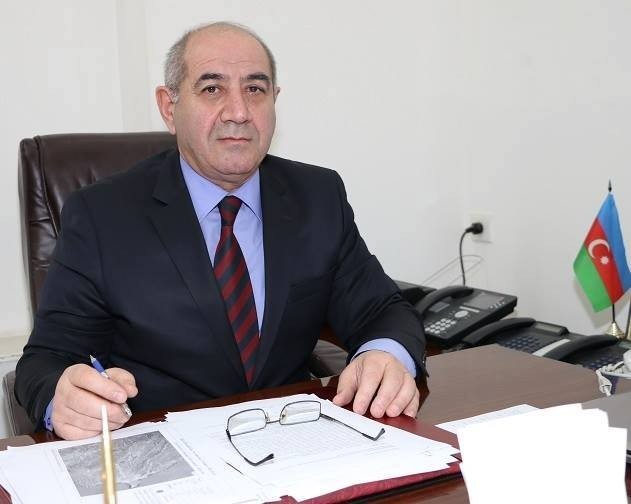 From 1992 to 1997 within the framework of the GSHAP (Global Seismic Hazard Assessment Program) project, large swathes of territory including Caucasian countries, Turkey, Iran, Russia and Turkmenistan were thoroughly explored and assessed on the basis of a new method, Gurban Yetirmishli, director of the Republic Seismic Survey Center of Azerbaijan National Academy of Sciences, told APA on June 1.

According to the chief seismologist, the biggest and unpreventable threat to Metsamor NPP is a possible powerful earthquake in Armenia, which is part of Alpine-Himalayan orogenic belt.

He stressed that Armenia is located in the collision contact zone of the Eurasian and Arabian tectonic plates and is characterized by fairly high seismic activity.

Yetirmishli went on to say that data on the powerful earthquakes that have hit the area since 139 are collected in separate catalogs.

He noted that Armenia is divided into three active seismic zones on the basis of the above-mentioned earthquake data: Leninakan (Gyumri), Ararat, and Zangazur.

Yetirmishli noted that a seismic zoning plan of countries located in seismically active areas is being drawn up in order to ensure these countries’ sustainable development.

“One of main terms of the revision of correct seismic hazards map is to realistically assess location of seismic zones and seismic potential. Researches are mainly covering comprehensive and detailed study of deep structure of the Earth's crust, modern geodynamics, regional seismicity and seismotectonics in order to solve this problem. Thus, seismically active structures, their seismic effects, attenuation depending on the distance and parameters of their seismic regime are determined that measures maximum magnitude of seismic impact during an interval of time. The seismic zone map of Armenian SSR drawn in 1980, describe two 12- magnitude zones having seismic effects with an intensity of 7–8 by the scale MSK-64. The construction of Metsamor NPP was started long ago in 1973. Its construction was completed in 1979 before the approval of the map. It shows that the plant’s seismic hazard was assessed as 12-magnitude (8 by the scale MSK-64). In 1988, earthquake measuring 9-10 magnitude on the Richter scale hit Spitak city in Armenia, the territory with 7-magnitude seismic hazard assessed in the Seismic zone map in 1980. About 250,000 people were killed as a result this earthquake.

Yetirmishli said all these facts show that Metsamor is located in a very perilous seismic zone and the anticipated threat is inevitable. Furthermore, a possible 10-magnitude earthquake there may cause a huge bloc in the NPP to explode and even the NPP may completely destroy in the wake of faults reaching the earth’s surface during tremors.

“If that happens, it is really difficult to estimate the consequences of a probable catastrophe. We speculate that the points we made are enough reasons for immediate close of Metsamor NPP, without discussion and argument. So along with experts from Georgia, Turkey, and other countries, we should first try to urge the IAEA to take a serious approach to this problem. This, in turn, may save the region’s population from a massive disaster,” the chief seismologist concluded.