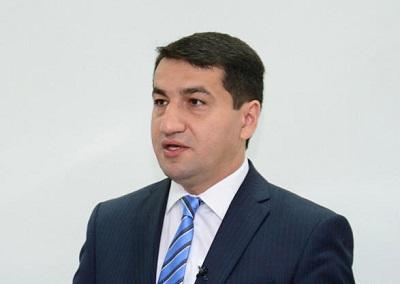 Axar.az informs that, the statement came from Hikmet Hajiyev, Assistant to the President, Head of the Foreign Policy Department of the Presidential Administration.

The Azerbaijani Armed Forces are monitoring the situation. The Armenian side has not been able to acquire any territory.

Armenia's attack on the positions of the Azerbaijani armed forces using artillery on the Armenian-Azerbaijani border is an act of aggression, an act of force and another provocation.