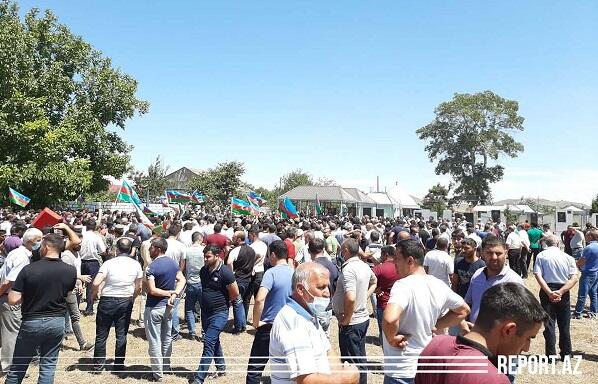 Mustafazadeh Elchin Arif oglu, a long-serving serviceman of the Azerbaijani Army, who was killed as a result of Armenian provocation, was buried in Hasansu village of Agstafa region.

Axar.az reports that the body of the martyr was first brought to his home to say goodbye.

After the farewell ceremony, Mustafazadeh's body was taken to the cemetery and buried.

It should be noted that heavy fighting continued in the Tovuz region of the Azerbaijani-Armenian border on the night and morning of July 13-14.

As a result of the response measures taken by our units during the fighting in the direction of Tovuz region, the enemy, which suffered heavy losses, was forced to retreat.