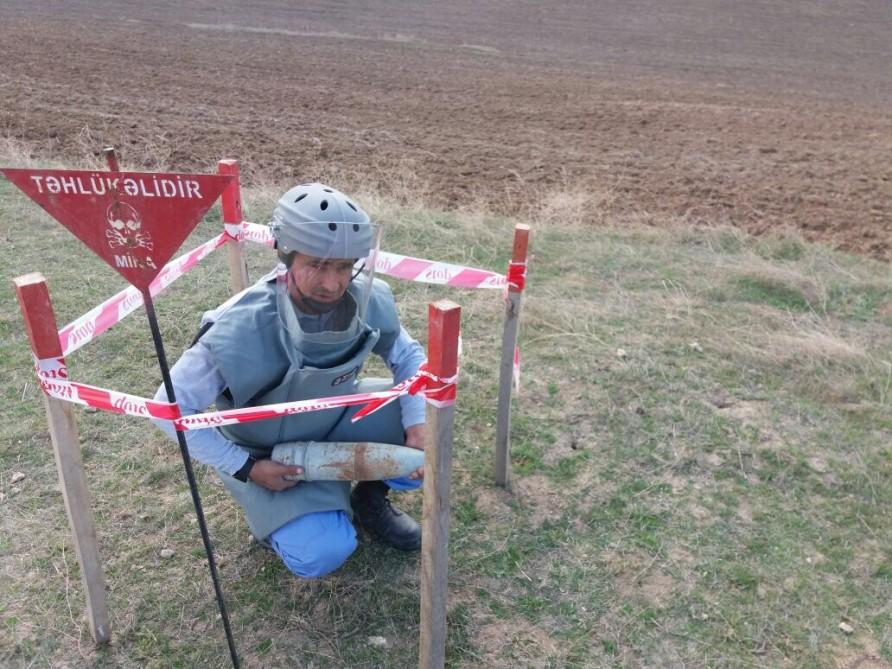 Axar.az reports that, according to ANAMA, the special mobile operational group of the Agency and employees of the Tovuz District Police Department were immediately sent to the area.

The area was cordoned off by police to ensure security. As a result of urgent search operations, 1 122 mm artillery shell (OF-56-1) and 1 RQM-2 explosive amplifier were found and taken to the Agency's central destruction area for neutralization.

An area of ​​10 square meters around the projectile and explosive was inspected, no additional dangerous objects and devices were found.