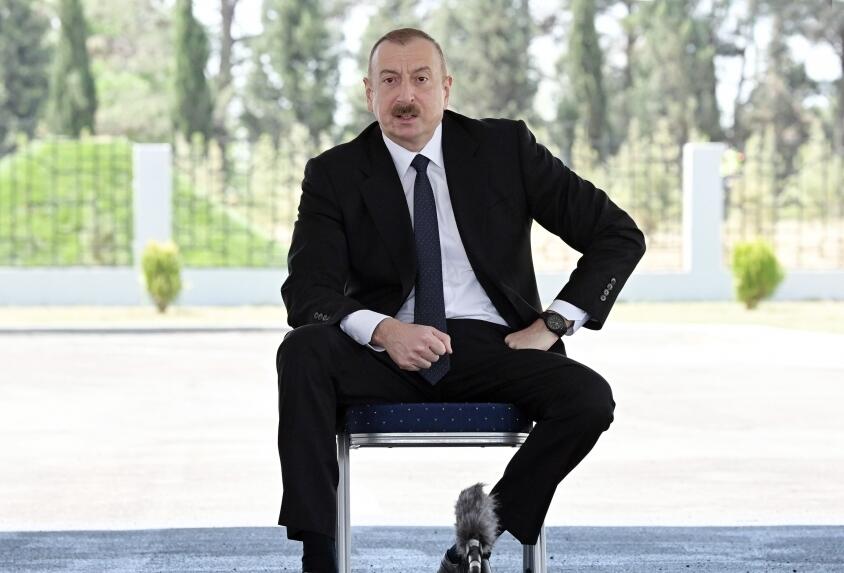 Armenia is a threat to regional stability. Armenia has made a territorial claim against Turkey. This is reflected in their constitution. Armenia now wants to revive the Sevres agreement.

Axar.az reports that, the statement came from President of Azerbaijan Ilham Aliyev in an interview with Azerbaijan Television, Public Television and Real Television after the groundbreaking ceremony for the Absheron field offshore at the Heydar Aliyev Baku Deepwater Jacket Plant on September 19.

"How can you sue a small country like Turkey, which has established a state in poverty and in places that do not belong to it, and accuse it?! At least look at your own potential, look at the potential of Turkey.

Our close relations with Turkey will continue to develop. As the great leader Heydar Aliyev said, on the basis of the principle of "one nation, two states", we are together in all matters. We stand by each other in every issue," the head of state said.