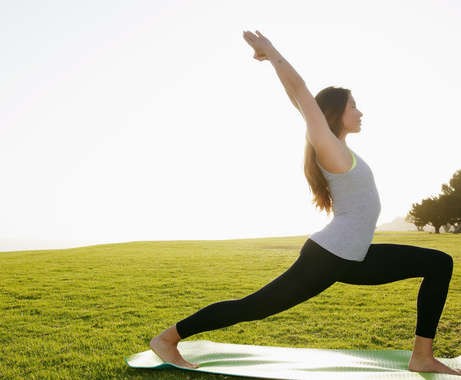 The Indian embassy in Baku and the Art of Living in Azerbaijan have announced an Open Air Yoga Session in Baku on the occasion of the International Day of Yoga 2016.

The event is organized with the support of Azerbaijan's Ministry of Culture and Tourism and Administration of the State historical-architectural reserve “Icheri Sheher”.

“All are coordinately invited to join the Yoga Session by the Art of Living, Baku to celebrate the 2nd International Day of Yoga at 78 Kichik Qala, Icheri Sheher on 21 June 2016 at 6.15 pm. The yoga mats are limited. You may like to bring along your own mat,” the message reads.

Yoga is a 5,000 year old Indian physical, mental and spiritual practice. The word "Yoga "means union of the individual consciousness or soul with the Universal Consciousness or Spirit.

The international Yoga Day is celebrated annually on June 21 and was declared to be internationally recognized by the United Nations General Assembly (UNGA) on December 11, 2014.

Indian Prime Minister Narendra Modi in his UN Address suggested the date of June 21, as it is the longest day of the year in Northern Hemisphere and shares special significance in many parts of the world.