F1 in Baku organized better than in many other countries 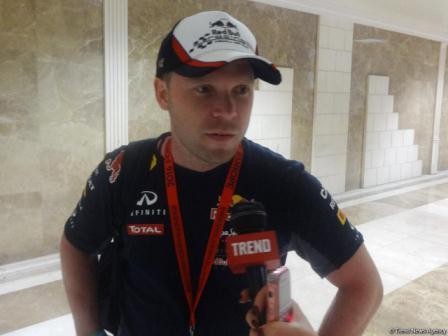 Azerbaijan has organized the Formula 1 better than many other countries, a tourist from Russia’s St. Petersburg city Vladislav Karpenko told on June 18.

He noted that F1 will give a new impetus to the development of tourism in the country.

Such events always pave way for the development of infrastructure in the host city and the level of service improves there, said Karpenko.

“We expect an unforgettable show,” said another Russian tourist Alexander Karpenko. “Baku is the best city for holding such significant events.”

Azerbaijan is hosting the Formula 1 Grand Prix of Europe for the first time. The event started on June 17 and will end on June 19. The Baku circuit, which is slightly over six kilometers, will have the racers to go 51 laps. Overall, 11 teams, two drivers in each, will compete in the race.