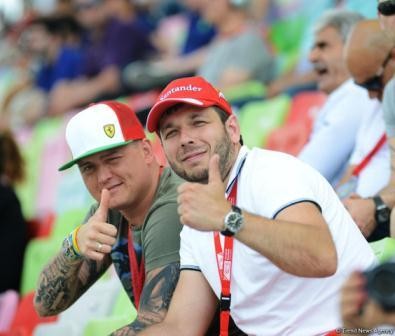 The 2016 Formula 1 Grand Prix of Europe, started June 17 in the Azerbaijani capital, attracted many tourists and F1 fans to the country.

Below are photos of F1 fans, who arrived in hospitable Baku, which always welcomes guests and participants of prestigious competitions and international events.