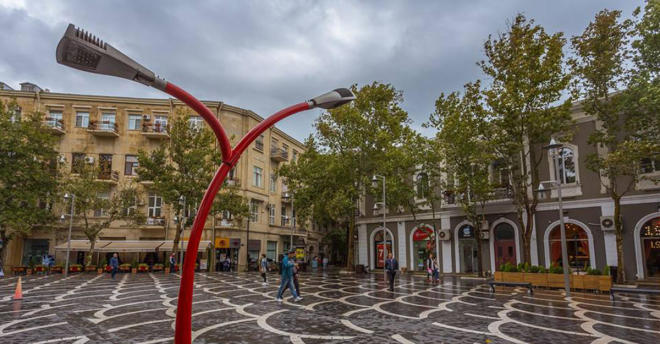 Axar.az reports citing the National Hydrometeorology Department of the Ministry of Ecology and Natural Resources. Mild north wind will intensify occasionally in the afternoon tomorrow.

Atmospheric pressure will be 762 mm Hg, relative humidity will make up 75-85%.

Occasional rain is expected in Baku and Absheron peninsula till the daytime on May 2. It is likely to be intense in some parts of the peninsula.

As for the medical and meteorological forecast, on May 1, the temperature in the Absheron Peninsula is expected to be close to normal, weak, and moderate fluctuations of meteorological factors, which is mainly favourable for sensitive people. However, humid weather can cause anxiety in some people.

On May 2, lightning and occasional rain are expected in some places in the Azerbaijani regions. It is likely to be intense in some places, mainly in the northern and western regions, and snow in the highlands. Fog will be observed in the morning. East wind will intensify occasionally in some places. The temperature will be +10 - +15 C at night and +20-+25 in the daytime, +3 - +8C in the mountains at night, +9 -+14 C in the daytime.