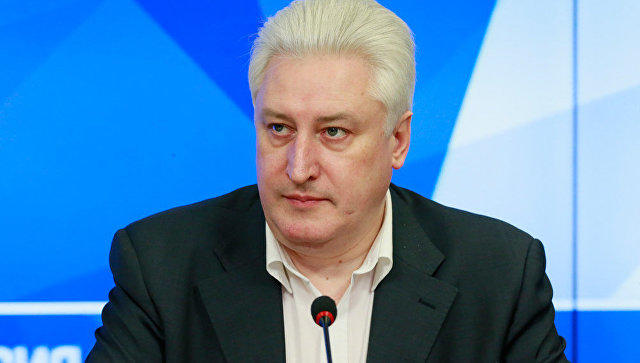 "This provocation by Armenia is very dangerous. Because sending two subversive groups with the task of mining the supply route of the Azerbaijani army is an unprecedented event since the Second Karabakh War," said Igor Korotchenko, editor-in-chief of Russia's National Defense magazine, well-known military expert.

He said that the history of sabotage by the Armenian side was not chosen by chance: "We see Armenia's efforts to make a big fuss over individual small border incidents. I think that the history of Armenia's latest sabotage provocation was not chosen by chance. Attempts to commit this act of sabotage on the eve of May 28 - the Republic Day of Azerbaijan are not accidental. It should be understood that the Azerbaijani border guards and the military monitor the situation on the border with night vision devices and thermal imagers."

"If the act of sabotage that Armenia is trying to commit today took place..."

Korotchenko said the issue of delimitation and demarcation of borders with Azerbaijan was unacceptable for Armenia: “Therefore, this issue is politicized. Pashinyan's opponents describe the talks on the issue as his weakness and Armenia's loss of position. If the act of sabotage that Armenia is trying to commit today took place, the issue of defining the exact line of the Azerbaijani-Armenian border would be off the political agenda for several months. Fortunately, this did not happen.

The Russian military expert stressed that the country's position on the issue is unequivocal: "Moscow's position on border incidents is moderate. This position is that the current problems must be resolved through political and diplomatic means without exception. President Putin and Foreign Minister Lavrov also spoke about the delimitation and demarcation of the Azerbaijani-Armenian border."