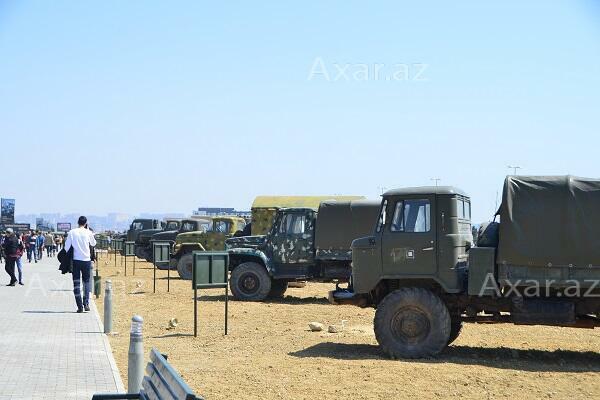 Axar.az reports that today, Kamran Aliyev and Bekir Shahin visited the Alley of Honors, laid a wreath at the tomb of national leader, architect and founder of the modern independent state of Azerbaijan Heydar Aliyev, as well as prominent ophthalmologist. , visited the grave of academician Zarifa Aliyeva.

Visitors to the Alley of Martyrs paid tribute to the memory of the heroic sons of the Motherland, who died for the independence of Azerbaijan, and laid flowers on their graves.

Also, the "Turkish Martyrdom" monument erected in memory of the martyred Turkish soldiers who died for the territorial integrity of Azerbaijan was visited in the Alley of Martyrs.

The prosecutors general of the two countries also visited a monument erected in Baku in honor of the founder of the Turkish Republic, leader of the Turkish National Movement in the Turkish War of Independence Gazi Mustafa Kemal Ataturk, laid a wreath and paid tribute to his memory.

During the visit, the delegation got acquainted with the historical and architectural monuments included in the UNESCO World Heritage List in Icheri Sheher, and were informed about the exhibits.

During the visit, the guests also visited the Military Loot Park, which demonstrates the military booty seized by the victorious Azerbaijani army during the 44-day war to restore the territorial integrity of the Republic of Azerbaijan. The park, which is a source of pride for our people, has aroused great interest among visitors.

The official visit of the delegation led by the Prosecutor General of the Supreme Court of the Republic of Turkey Bekir Sahin to our country continues.

The public will be informed in detail about the visit.