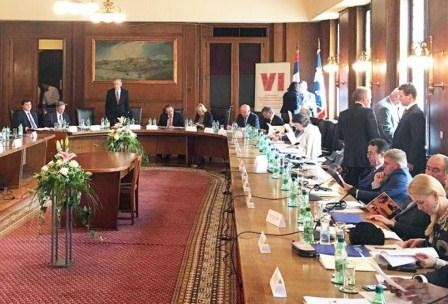 Azerbaijan Supreme Court delegation led by its Chairman Ramiz Rzayev have attended the international conference of the Central and Eastern European Supreme Courts’ chairmen in Belgrade.

Opened at the Palace of Serbia, the conference saw discussion of numerous questions. Chairman of the Azerbaijani Supreme Court made a special report at the event. He, in particular, spoke of Azerbaijan’s legislative system and experience of the country’s Supreme Court.

Within the visit, the Azerbaijani delegation and the staff members of Azerbaijani Embassy in Serbia have honored Heydar Aliyev’s monument erected at the Tasmajdan Park located in the downtown Belgrade and laid flowers.