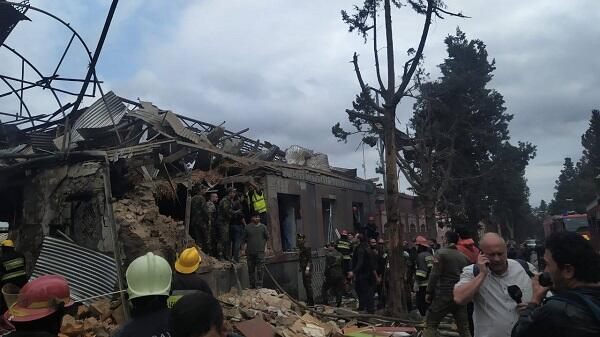 I witnessed terrible destruction in Ganja. The city was destroyed during the Second Karabakh War, which is disappointing.

Axar.az reports that the statement came from Italian journalist Emmanuel Pietrobon during a tour of the criminal scenes caused by rocket attacks by Armenian forces on civilians in Ganja during the Second Karabakh War.

The Italian journalist said that Ganja is one of the largest cities in Azerbaijan and is located far from the war zone:

"This is a war crime," he said. I think they took this step to irritate Azerbaijan. The attack on Ganja is a crime not only against Azerbaijan, but against all humanity.