Perspectives of development discussed in Kiev 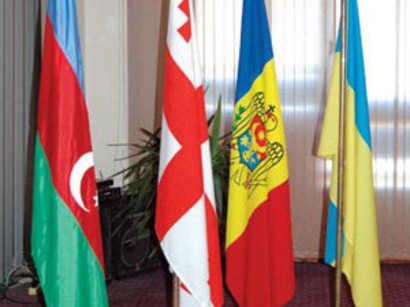 A meeting of the Permanent Representatives of GUAM member states was held in Kiev, GUAM’s press service reported Feb. 23.

The organization’s activity and perspectives of the sides’ future cooperation were discussed during the meeting.

During the meeting participants were informed about the draft program on Azerbaijan`s chairmanship in GUAM in 2016.

GUAM Secretary General Altay Efendiyev told participants about the results of his working visit to Baku, as well as provided a brief report on the organization’s activities during the current and previous months.

Meanwhile, participants of the meeting exchanged views on how to intensify the organization’s work and improve its efficiency.

GUAM was established by post-Soviet countries in 1997 during the summit of heads of states of the European Union in Strasbourg.