Got milk? Keep it away from LED lights 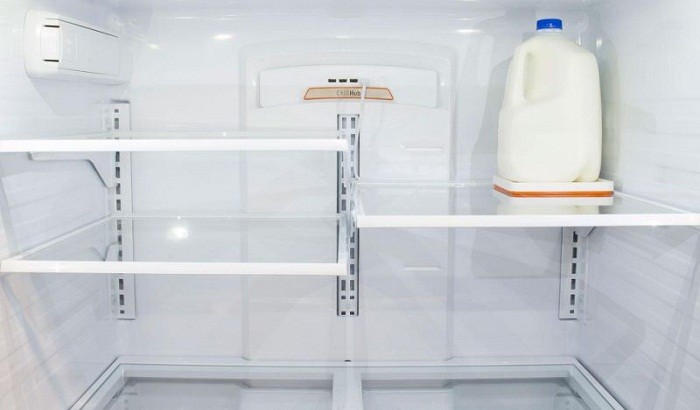 As great as it may be for you, there are plenty of things milk just doesn’t really go with. Cereal? Awesome. Fish? Probably not. And now, you can add LED lights to milk’s hit list.

According to researchers from Cornell University’s Department of Food Science, exposing milk to LED lights “for even a few hours degrades the perceived quality of milk more so than the microbial content that naturally accumulates over time.” While their work suggested that milk could stay at its same quality for two weeks when kept away from LED lights, if the dairy product was exposed to LEDs for even four hours, consumers were displeased by the taste.

“For some reason we love to look across the store and see this glowing case of milk that’s shining bright,” said assistant professor Robin Dando, the paper’s senior author. “It’s attractive to look at, but we might actually be damaging the quality of the product.”

In conducting their study, the Cornell team asked consumers to rate the taste of skim and 2 percent milk that had been exposed to different amounts of LED light. At the most extreme end, milk was kept away from all light for 14 days, and on the other hand, milk was exposed to real-world LED store lights for four hours. So displeased were consumers by the LED-exposed milk that they preferred milk that was “near code/near expiration date” every time, regardless of microbial defects.

“Milk drinkers want the freshest, highest quality milk they can get,” said study lead author Nicole Martin, who supervises Cornell’s Milk Quality Improvement Program laboratory. “For most consumers the idea of freshness is in inverse relationship to the expiration date on the package. This study shows that light exposure is a much greater factor explaining deteriorating milk quality than even age.”

Apparently, the culprit is the blue light emitted by LEDs, whose wavelength might be “selectively destroying the nutrient and damaging the perceived quality of the milk.”

“We found that without LED exposure, most pasteurized milk remains at high quality for 14 days; importantly this study now provides new information that can be used to further improve the quality of milk, for example through light shielding packaging,” said co-author Martin Wiedmann. So if you’re looking to keep your milk for longer, keep it away from those LEDs.