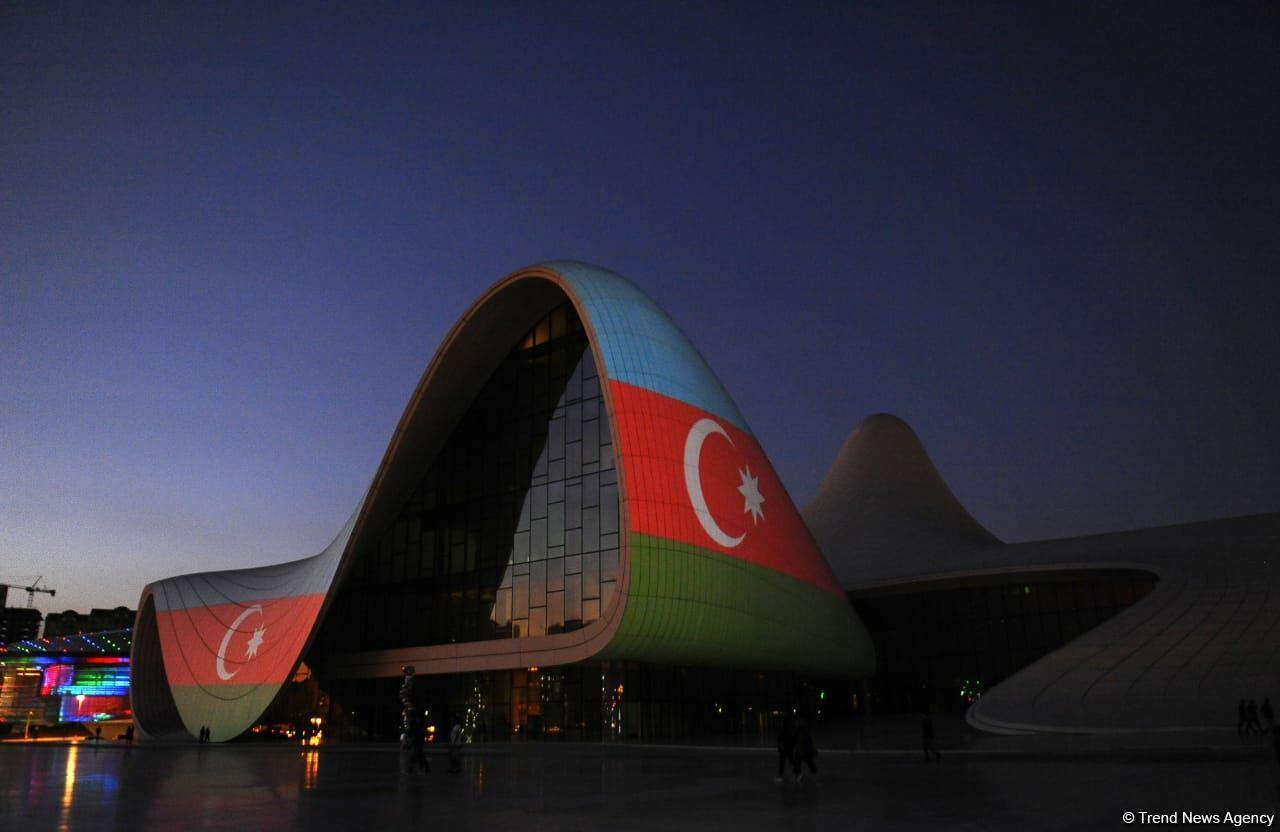 A commemorative event dedicated to the memory of our compatriots killed during the Great Patriotic War was held.

Axar.az reports that as part of the event, which began at 19:00, the Azerbaijani flag was displayed in a number of buildings with special lighting, including the building of the Heydar Aliyev Center and the "Towers of Fire".

Rays directed to the sky from special projectors installed on the territory of the Patriotic War Memorial Complex and Victory Museum, which was founded on September 27 during the "Our Martyrs Are Our Pride" campaign of the Heydar Aliyev Foundation's "Regional Development" Public Union, symbolized the Arch of Triumph.

During the action, volunteers of the Regional Development Public Union threw about 3,000 lanterns into the sky.