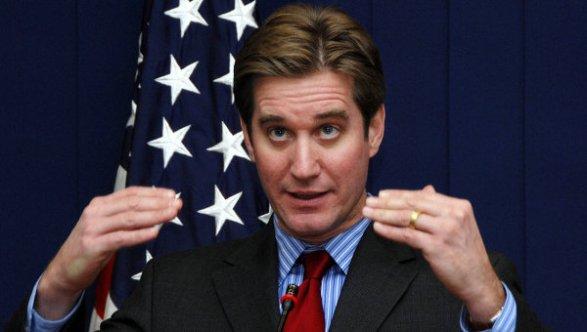 I was very pleased to learn that the leaders of Azerbaijan, Russia and Armenia will meet in Moscow in November. Because an important element of the November 10 ceasefire statement - the reopening of transport links between Armenia and Azerbaijan and between Armenia and Turkey - has not yet taken place.

Axar.az reports that Matthew Bryza, a former US ambassador to Azerbaijan and former US co-chair of the OSCE Minsk Group, told about a trilateral meeting scheduled for November in Moscow.

According to Bryza, the Armenian people are largely unaware of the infrastructure benefits of the November 10 declaration:

"Implementation of the declaration will create new jobs, ensure economic growth, Armenia's new relations with Azerbaijan and Turkey will allow the country to re-integrate into the regional economy, transport infrastructure and investment will bring great benefits. However, until recently, Armenian policy prevented the Armenian political leader from taking advantage of or accepting the last paragraph of the November 10 ceasefire statement, which called for the reopening of all transit links in the region."

According to the diplomat, Nicole Pashinyan will express herself more clearly after winning the election:

"It is time to define the international border between Azerbaijan and Armenia and improve Armenia's relations with both Azerbaijan and Turkey," he said. I think this is a very important set of progress, and I hope that during a meeting with President Putin in Moscow, Prime Minister Pashinyan will further strengthen this positive position. I know that President Aliyev wants to restore these transport links and invest not only in Azerbaijan, but also in Armenia, so that Azerbaijanis and Armenians can once again live normally as neighbors."