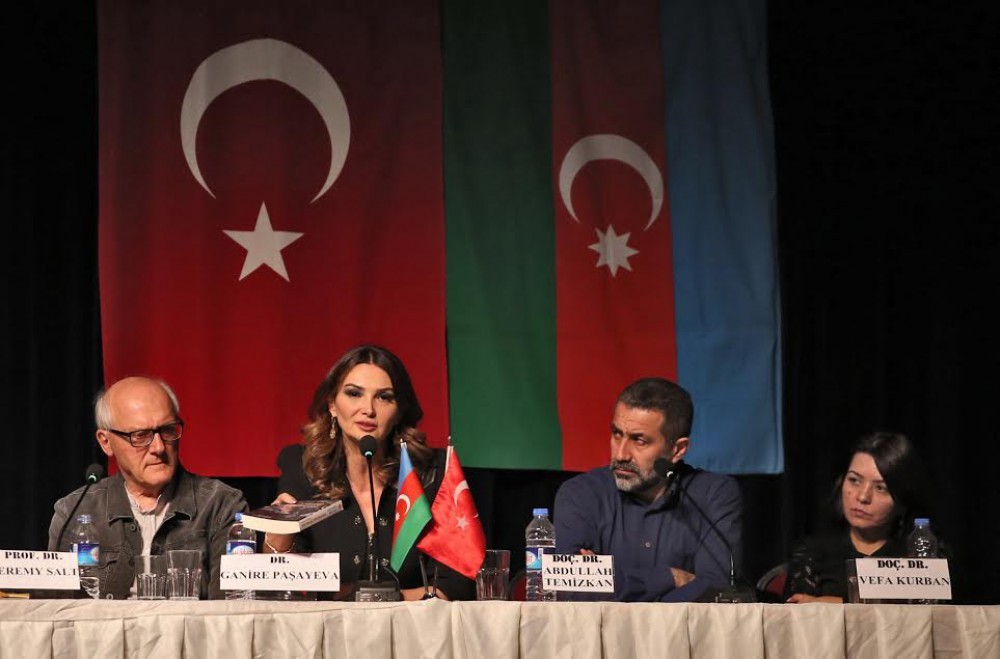 A commemorating event on the occasion of the 24th anniversary of the Khojaly genocide has been held in Izmir, Turkey.

The event organized by Izmir-Azerbaijan Fraternal and Cooperation Association was attended by the officials, intellectuals, scientists, cultural figures and youth.

The meeting featured a documentary on the Khojaly genocide.

Addressing the event, head of the Izmir-Azerbaijan Fraternal and Cooperation Association Asif Gurban, member of the Azerbaijan-Turkey Inter-parliamentary Friendship Group, MP Qanira Pashayeva, education advisor of the Azerbaijani Embassy in Turkey Najiba Nasibova, Director of the Ege University Turkish World Research Institute Professor Metin Ekici gave information about the Khojaly genocide, stressed the importance of increasing the activity of the young generation in conveying the historical truths to the world community.

Later, the meeting featured an exhibition of works of the talented young artist Gulnara Mukhtarova on Khojaly genocide and Karabakh.

The same day, another event on Khojaly genocide was held in Eskishehir.