One year passed since the next terrorist attack in Barda 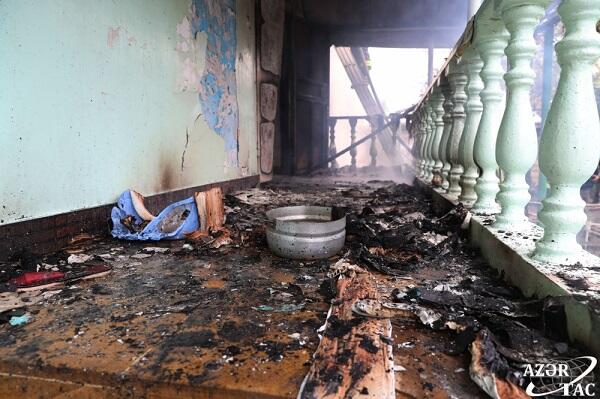 One year has passed since the second missile attack on the city of Barda by the Armenian Armed Forces during the Second Karabakh War.

Axar.az reports that on October 28, 2020, the enemy's armed forces fired Smerch missiles at civilian settlements, civil and commercial facilities, as well as private and apartment buildings in the city.

As a result of Armenia's use of cluster bombs, which are prohibited by international law, 20 civilians and one employee of the Ministry of Emergency Situations were killed and about 70 people were injured.

In connection with the fact, the Prosecutor General's Office of Azerbaijan violated Article 120.2.1 (premeditated murder by a criminal organization), Article 120.2.4 (premeditated murder with special cruelty or general danger), 120.2.12 (national, racial, religious). The Investigation Department of the Prosecutor's Office was instructed to conduct a preliminary investigation under Article 100.2 (intentional homicide with intent to hate or hostility), 100.2 (aggressive warfare) and other articles.

It should be noted that Barda region and the city center were subjected to missile and heavy artillery attacks by the Armenian Armed Forces three times (October 5, 27 and 28) during the Second Karabakh War. As a result, 29 people were killed, 112 were injured, and civil infrastructure facilities and vehicles in the region were severely damaged.