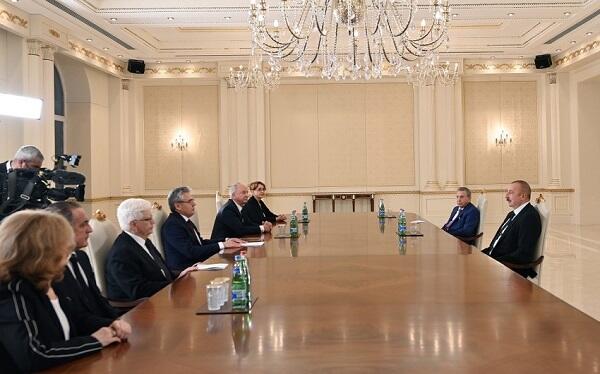 President of Azerbaijan Ilham Aliyev has today received a delegation led by President of the Russian Academy of Sciences Alexander Sergeyev.

Axar.az reports that it was noted at the meeting that bilateral relations between Azerbaijan and the Russian Federation were successfully developing in various fields, and the role of cooperation in the development of our relations in the humanitarian sphere, including science, was stressed.

It was noted that our cooperation in this field has a rich history, and the importance of further strengthening this cooperation in modern times was stressed. It was noted that the visit of the President of the Academy of Sciences of the Russian Federation Alexander Sergeyev will contribute to the discussion and further expansion of relations in the field of scientific cooperation.

Alexander Sergeyev presented a commemorative medal of the Academy of Sciences of the Russian Federation to President Ilham Aliyev.