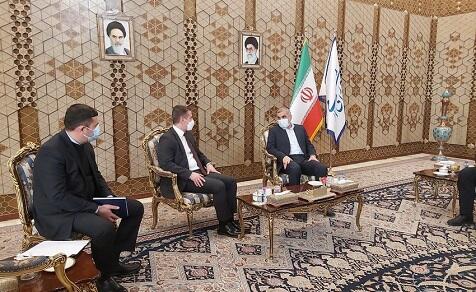 Axar.az reports that expressing congratulations on the anniversary of the victory of the Republic of Azerbaijan in the 44-day Patriotic War, First Deputy Chairman of the Islamic Consultative Assembly of the Islamic Republic of Iran, Head of the Iran-Azerbaijan Interparliamentary Friendship Group Ali Nikzad congratulated Azerbaijan on its victory. He noted that his grief is the same for Iran.

Emphasizing the importance of inter-parliamentary relations, Ali Nikzad stressed the need to increase efforts to further strengthen relations with the Azerbaijani Parliament, noting that parliamentarians will contribute to strengthening bilateral cooperation. They welcomed the establishment of the Non-Aligned Movement's Parliamentary Network at the initiative of Azerbaijan within the 143rd Assembly of the Inter-Parliamentary Union held in Madrid, Spain on November 27. Ali Nikzad wished Ambassador Ali Alizade success in his service.

Ambassador Ali Alizadeh said Azerbaijan attaches special importance to relations with Iran, adding that Iran is a friendly and close neighbor to Azerbaijan. He noted that Azerbaijan-Iran inter-parliamentary relations, effective cooperation of friendship groups created a basis for further development of relations and was always ready to fulfill the responsibilities and coordination of the Azerbaijani Embassy in the Islamic Republic of Iran.

The sides also exchanged views on the implementation of joint projects between the two countries, the organization of visits and meetings, as well as other issues of mutual interest.