We did not discuss TAP with Putin - President 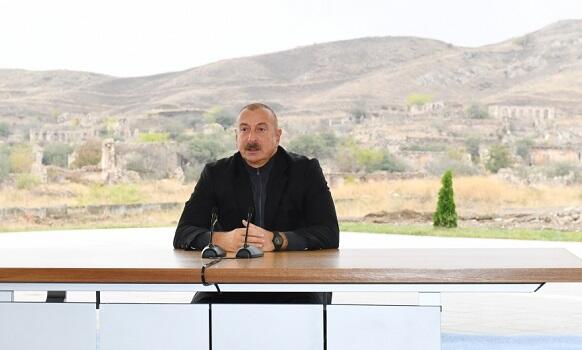 Honestly, we have never discussed the TAP project with President Putin. He never raised this issue, because I think this issue of competition is greatly exaggerated.

Axar.az reports that the statement came from President Ilham Aliyev in an interview with Spanish newspaper El Pais.

"The volume of gas we supply cannot be compared with Russia's," he said. Russia's exports to Europe amount to 100 billion cubic meters, and this figure is growing. As I said, our exports to Europe are not competitive, and we have never seen it as competition. For us, it was a commercial project. Today, with all the pipelines and infrastructure ready, the internal profitability of the Shah Deniz field, the main source of gas supply to Europe and other countries, has increased. In other words, it was very attractive from a commercial point of view," the head of state said.

President Ilham Aliyev said that for us it was a commercial project, but it was politicized:

"Unfortunately, in a big way, it didn't make sense. The Russian Federation and its leadership understand the true nature of the issue. Our gas is by no means an alternative. This is just the extra volume that consumers need. For example, today our gas supplies 20 percent of Turkey's needs and about 90 percent of Georgia's needs. As our gas has already been transported to Europe, we will meet a significant part of the needs of some EU member states.