Aliyev: If we talk about our future plans 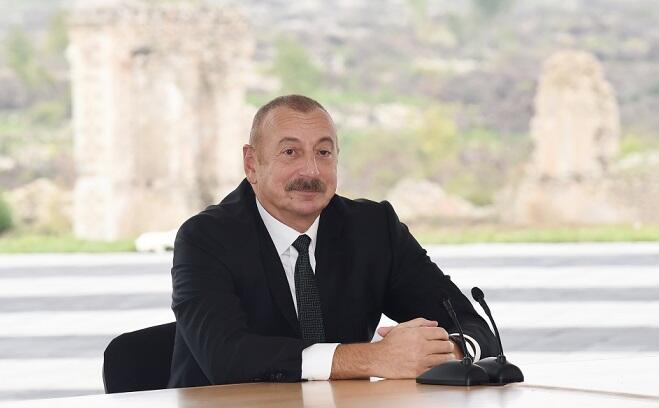 Of course, our gas strategy was very clear and open.

"We have worked hard in Azerbaijan for many years to implement this important project, working with partners. It is one of the largest infrastructure projects of the 21st century. The 3,500-kilometer Southern Gas Corridor runs from Baku through the Adriatic Sea to Italy. This is a very complex and, of course, very expensive project. Azerbaijan has borne the main financial burden in all four segments of the Southern Gas Corridor. In December last year, before the project was completed, we signed contracts with consumers. In terms of prices, so to speak, our consumers did not feel any change during the gas crisis.

If we talk about our future plans, of course, there is an opportunity to increase production and increase exports. However, this will certainly depend on the demand of European consumers. The European Commission helped us in this process. We regularly bring the Southern Gas Corridor Advisory Council in Baku under the chairmanship of the European Union and Azerbaijan. The next session will be held in February next year, where we will deal with all issues and plan our next steps. This is a large group of companies, banks and countries. Now the team is growing, because we have already become a supplier in Europe. As of January 1, we have supplied 7.2 billion cubic meters of gas to Italy, Greece and Bulgaria. Next year it will be 9 billion, and in 2023 at least 11 billion cubic meters. So this is a significant increase. But in order to increase production, we must, of course, invest, and to do so we must have contracts with consumers. Thus, the first contracts, the second investment and the third gas. The sequence of stages of the process is as follows. But we are ready, as you mentioned, we have huge fields, we have a completely new, modern infrastructure, and it is possible to install connectors in other parts of Europe. You mentioned the Balkans, and I would add Central Europe. It will be a diversification of supplies for us and a diversification for consumers," he said.