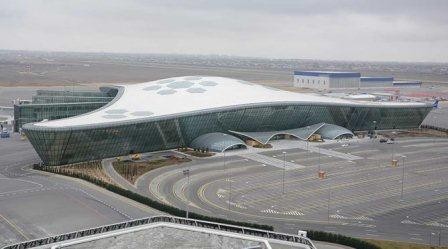 Repairs in Naftalan airport, which will be the seventh international airport in Azerbaijan will begin in 2017, director of the Depatment of Culture and Tourism of Naftalan Zohrab Adigozalov told.

Adigozalov said that it gets international airport status after the restoration of activity.

Previously, through the airport flew Yak-40 aircraft in the direction of Baku-Naftalan, and now it will be possible to fly in foreign destinations.

"Sometimes the day the airport took five flights, gradually their number was reduced to two and one flight per day, therefore it was decided to suspend flights" - Adigozalov said.

Construction of the new airport will be carried out at the expense of state funds. At the same time the director of the department did not name the time for completion of works and putting the airport into operation, as well as the cost.

"The activities of the airport was suspended in 1994 and since then it functions as cashbox, where you can buy tickets for air travel through airports in Ganja and Baku. However, the restoration of flights increases the number of tourists" - Adigozalov said.