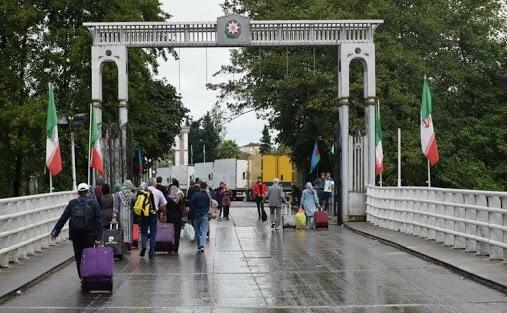 State Border Service continues measures in the field of ensuring reliable protection of the state border.

Axar.az reports that the press service of SBS told.

At around 15:25 on January 17, in the service area of the border post of the State Border Service Border Troops "Goytapa" border detachment near Armankand village of Bilasuvar region, violation of state border from the Islamic Republic of Iran in the direction of the Republic of Azerbaijan by three people was observed and border violators were detained by a border guard.

Detained persons were brought to border post, provided with hot meals and other necessary conditions.

Taking into account kind neighboring and friendly relations between the Republic of Azerbaijan and the Islamic Republic of Iran, the opposite side was informed through the border office.

During a short time the minors are considered to be handed over to the Islamic Republic of Iran.