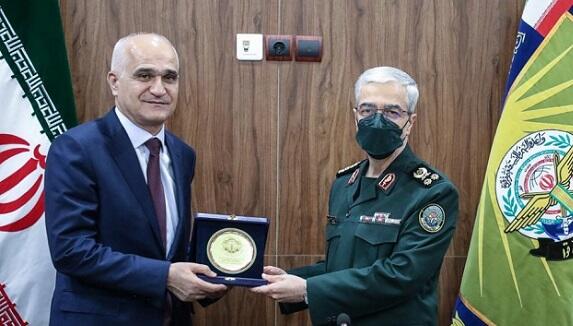 Deputy Prime Minister of Azerbaijan Shahin Mustafayev, who is on a visit to the Islamic Republic of Iran, met with Chief of General Staff of the Armed Forces of Iran Lieutenant General Mohammad Hussein Bagheri on May 18.

Axar.az informs that expressing congratulations on the liberation of Azerbaijani territories, Chief of General Staff of the Iranian Armed Forces Lieutenant General Mohammad Hussein Bagheri said that Iran is always interested in developing relations with Azerbaijan.

Emphasizing that friendly relations between Azerbaijan and Iran have significantly developed and entered a new stage, the importance of cooperation in the field of defense and military-technical cooperation was noted at the meeting.

The sides also exchanged views on further development of relations between the two countries on the experience of positive cooperation at the bilateral, regional and international levels.