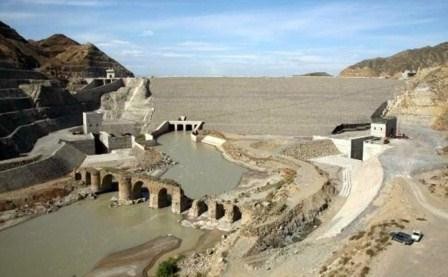 Azerbaijan and Iran have signed an agreement under which the two countries will continue the construction of Khudaferin and Maiden Tower hydroelectric power plants over the Araz River.

“The agreement on cooperation between the government of the Republic of Azerbaijan and the government of the Islamic Republic of Iran in continuing the construction and exploitation of Khudaferin and Maiden Tower hydroelectric power plants over the Araz River” was signed by Azerbaijan's Minister of Economy Shahin Mustafayev and Iran's Minister of Communications and Information Technology Mahmoud Vaezi.

Under the agreement, the two countries have equal rights to water and energy resources along the plants.

Azerbaijani experts will be involved in the supervision of the construction work and exploitation of the facilities.