No Azerbaijani citizens among victims, injured 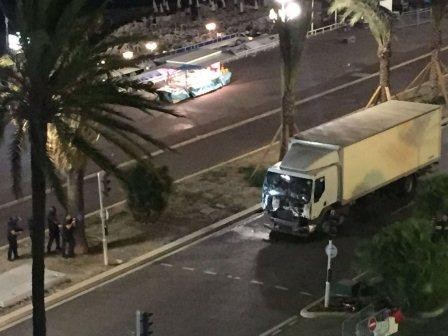 According to the preliminary data, there are no Azerbaijani citizens among the victims and injured in the terrorist attack in the French city of Nice on July 14, Azerbaijan’s diplomatic mission to France told Trend July 15.

Azerbaijani embassy is in contact with the local authorities to obtain further information.

A terrorist act was committed on Thursday night in Nice, the prefecture of the department Alpes-Maritimes said. France’s Interior Ministry said 84 people were killed in the French Riviera city of Nice late on July 14 when a truck ploughed into crowds watching a fireworks display on France's Bastille Day national holiday, RIA Novosti reported July 15.