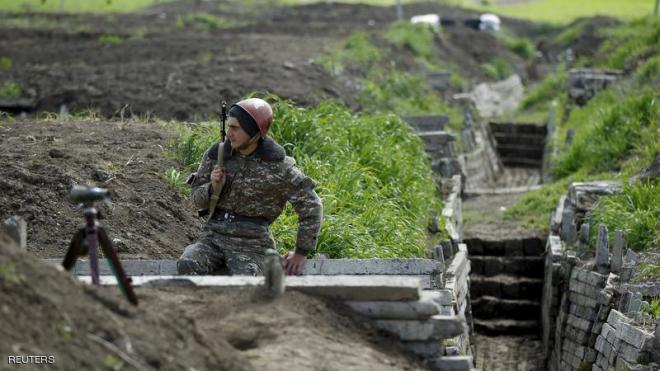 The details of the shooting and killing of private soldier Grachya Karamyan, born in 2003, were determined at the combat post yesterday.

Axar.az reports that the Investigative Committee of Armenia released information about this.

It was reported that Karamyan's fellow soldier was on duty at the post when he heard footsteps and thought it was an enemy soldier. Panicking, the soldier took the machine gun and fired in the direction of the footsteps. As a result, Karamyan, who was shot in the head, died on the spot.

A criminal case was opened against the unnamed soldier and he was arrested.

It should be noted that Grachya Karamyan's body was found yesterday at the military post.