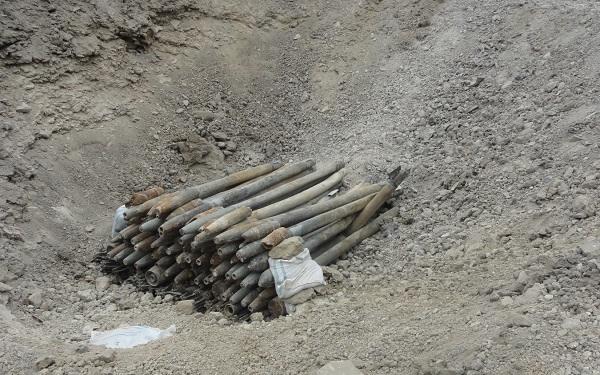 The "112" hotline of the Ministry of Emergency Situations received information about the discovery of military ammunition in the Garadagh district of Baku.

After appropriate security measures were taken in the area together with law enforcement officers, it was determined that the ammunition found during the inspection of the scene was one 85mm cannon shell suitable for combat use.

The ammunition was removed from the area for disposal by the experts of the XRXX's flexible group.