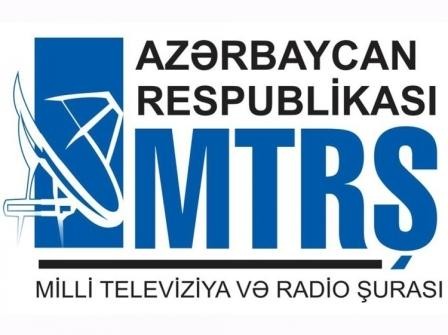 The National Broadcasting Council released information on the suspension of broadcasting of ANS TV.


Azerbaijani President has distinctly assessed recent developments in Turkey as a coup attempt, a grieve crime against Turkish statehood and people and Turkish people's will and choice, the council told APA.


President Ilham Aliyev has stated his support to Turkish state and people as well as the Turkish government elected by democratic ways by the Turkish citizens of and gave necessary instructions to the relevant state bodies.


The Azerbaijani public, civil society organizations expressing solidarity with the Turkish people strongly condemned the attempt to overthrow the legally elected authorities. However, the ANS TV channel took a position contrary to the spirit of brotherhood and strategic partnership between Azerbaijan and Turkey, conducting propaganda against the Turkish state and government, while expressing support for the organizer of a coup in Turkey, Fethullah Gülen.


Since the beginning of the events, ANS TV in its separate reportages has tried to create an impression that the events in Turkey are “the shows organized by the government” and to discredit measures taken by the Turkish authorities. The correspondent of TV channel in the United States interviewed the suspect in the attempted coup d'etat Fatullah Gulen and the interview has been announced via local and international mass media.

ANS TV has continued its activity on propagandizing terrorism, targeted the measures of the Turkish government to stabilize the situation, tried to justify the grieve crime resulted deaths of hundreds of people and made steps directed to deepen citizen confrontation in a the brotherly country although it was warned repeatedly.


Turkish authorities, the country's embassy in Azerbaijan have expressed deep concern about this, asking to take appropriate measures.


In accordance with Article 11 of the Law of the Azerbaijan Republic on Television and Radio broadcasting, as well as taking into account the appeal of the Prosecutor General of Azerbaijan, in order to prevent a provocation aimed at undermining strategic relations between Turkey and Azerbaijan the National Broadcasting Council made a decision on the temporary suspension of broadcasting of ANS TV channel.


NTRC will go to court on illegal activity of ANS, and a final decision will be made by the court.