According to Ilham Aliyev, the fighters were launched - Photo 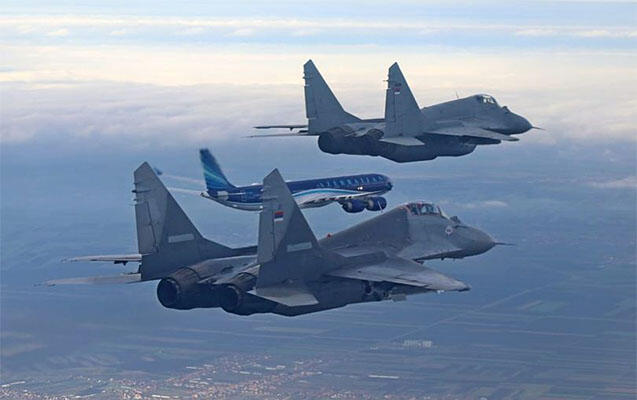 Serbian authorities welcomed President Ilham Aliyev with special respect. So, to accompany the plane of the President of Azerbaijan, Serbia raised its fighters to the sky.

Axar.az reports that Hikmet Hajiyev, assistant to the President of Azerbaijan - Head of the Department of Foreign Policy of the Presidential Administration, shared these images on his Twitter account.

At the same time, Ilham Aliyev was personally welcomed by his Serbian colleague Aleksandr Vucic at the airport.

It should be noted that Ilham Aliyev's official visit to Serbia has ended. The head of state was sent off by the President of Serbia himself.