A bicycle march was held in Baku - Photo 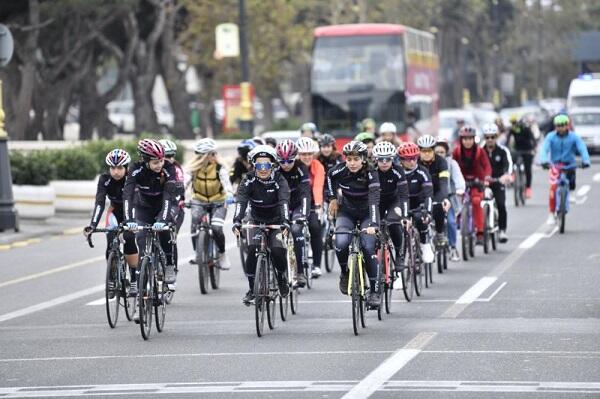 A bicycle march dedicated to the International Day against Violence against Women was organized by the Azerbaijan Bicycle Federation.

Axar.az reports that "End violence against women and girls!" Binagadi Youth House, various youth organizations, female members of the Azerbaijan national team, as well as amateur female cyclists participated in the bicycle march with the slogan.

The procession, which was attended by about 40 cyclists, started from Azneft circle.

The participants followed the designated route and finished the cycle ride in front of the Heydar Aliyev Center.

After the bike ride, a commemorative photo was taken.

It should be noted that according to the decision of the United Nations General Assembly dated December 17, 1999, November 25 was declared the International Day of Combating Violence against Women worldwide.