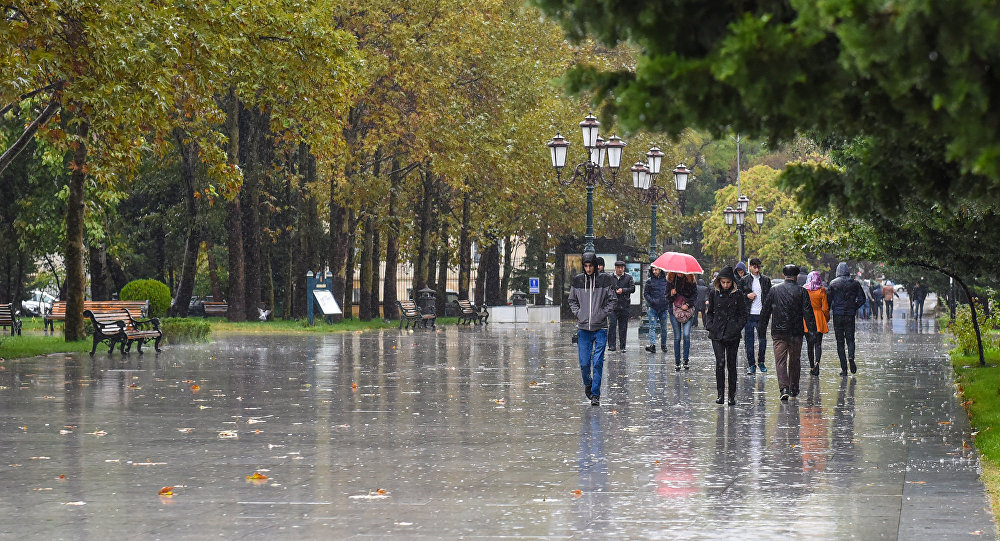 On December 1, occasional rain is expected in Baku and the Absheron peninsula. It is likely to intensify in some parts of the peninsula.

Atmospheric pressure will be 774 mm Hg above normal. Relative humidity will be 75 - 85%.

Occasional rain is expected in some places in the regions of Azerbaijan, and snow is expected in mountainous areas. It is likely to be intense in some places. The evening will be gradually cut in most regions. There will be fog at night and in the morning. A moderate east wind will blow. The air temperature will be 4 - 7° warm at night, 8 -11° warm during the day, 3 - 7° frost at night, and 0 - 3° frost during the day.