141st anniversary of the national press 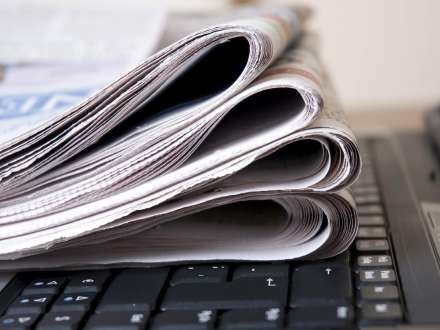 Today, Azerbaijan celebrates the day of the national press in the country.

141 years ago, on July 22, 1875, national media was founded with the start of the publication of the newspaper "Əkinçi" (Ploughman) by one of the outstanding representatives of the era of enlightenment movement, Hasan bey Zardabi.

"Ploughman" in Azeri language laid the first foundation stone of the national democratic and popular media, and with a total of 56 numbers a newspapers was a mirror of the nation's newspapers, turned into standard-bearer of Azerbaijani journalism.

In subsequent years, newspapers and magazines such as "Zia", "Keshkul", "Eastern-Russian", "Irshad", "Molla Nasreddin" which published by prominent intellectuals continued the tradition of "The Farmer".The main target of the press was fighting against injustice, ignorance and to enlighten people.Azerbaijan's press walking on rich and honorable way, went through several stages.A free press, as well as a new view of events was laid in Azerbaijan Democratic Republic.140-year-old media had 70 years communist dictatorship.At that time, the media described the current problems in figurative way.Because of the policy pursued by the media was the mouthpiece of Soviet Union ideology. To think and write differently was prohibited at that time.

Following "Əkinçi", "Füyuzat" and "Molla Nəsrəddin" ("Fyuzat " and "Molla Nasraddin" magazines) seem like they bore a load of two lines. "Füyuzat" preferred the enlightenment for modern nation and society, while "Molla Nəsrəddin" preferred the way to criticize the shortcomings of the nation and society in a satirical language. Representatives of this phase played an indispensable role in the establishment of modern Azerbaijani literature and music.

Press was forced to write about te collective-farm, the socialist revolutions in the world, complete and final victory of socialism, the Soviet power, the correctness of USSR in the II World War, "during the Cold War".

The fourth phase begins in the second half of the 1980s. Though Azerbaijan was a part of the Soviet Union, a number of newspapers published in the country began to promote the Azerbaijan Democratic Republic that existed in 1918-1920 and was forced to forget by the Soviet regime, freedom of democracy, speech and press.

It was also the phase of Azerbaijani statehood, a democratic state-building. Today, information facilities (in a written and electronic form) exchange experiences with their counterparts in the democratic world, assess the history of their formation process and apply in their activities.

In this respect, Azerbaijani media is part of the democratic world. Historical struggles clearly proved it. Azerbaijani media was established with the struggle against colonialism and national assimilation due to democracy.

At present, Azerbaijani press does not depend on the political ideology. As in all over the world, the press that meets the demands of political-social environment, is available in Azerbaijan.

As in democratic countries, the main target of 141-year-old press is to protect the state security, territorial integrity and the formation of a democratic society. Azerbaijani media propagandizes against all kinds of terrorism.

No doubt, a violation of the territorial integrity, political balance in our region and other factors hinder the development of democracy and the media in Azerbaijan. However, Azerbaijani media is committed to the principle of writing and protecting the truth as it was 141 years ago.

In this direction, it cooperates with its colleagues in the democratic society and builds relationship.

Thus, Azerbaijani press does not only prefer freedom of speech and idea, but also continues to operate on the basis of the interests of its own state and society as in all democratic countries.