New heads to be elected to working groups of Milli Majlis 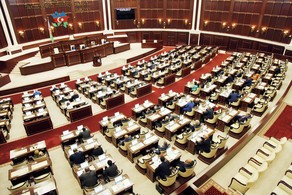 New heads will be elected to the inter-parliamentary relations working groups of Milli Majlis (Azerbaijani Parliament).

Report informs, relevant draft law of the MM will be discussed in the plenary meeting, which will be held next week.

In accordance with the draft, candidates have been nominated to the management of inter-parliamentary relations working groups of 28 states, which Milli Majlis cooperates with.

The draft will be discussed at the plenary meeting of Milli Majlis on March 4.