Messi and Murtaza have finally - Video 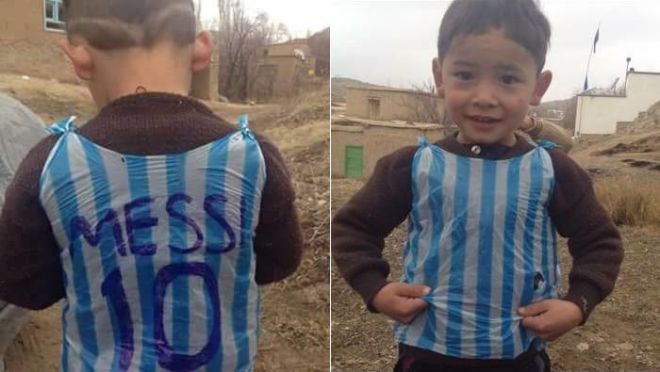 The Afghan boy who became an internet sensation after he was pictured wearing a plastic bag as a Lionel Messi shirt has met his idol.

A photograph of Murtaza Ahmadi wearing a blue and white striped bag with ‘Messi 10’ daubed on the back, resembling the iconic colours of the Argentina national team, went viral earlier this year.

As the initial image only showed Ahmadi from behind, an online campaign was started to identify the boy and put him in touch with Messi.

According to Qatar’s World Cup organising committee, Ahmadi has now met his hero ahead of Barcelona’s friendly against Al-Ahli in the country on Tuesday.

Ahmadi, who is now six-years-old and hails from the eastern Ghazni province of Afghanistan, was initially identified as the boy in the picture in late January after an investigation by the BBC.

The youngster was sent an authentic Argentina shirt by the country’s football federation and a Barcelona shirt by Messi’s club.

Ahmadi's family were subsequently forced to flee their home amid fears that Murtaza would be kidnapped.

They now live in Quetta, the capital of Pakistan's Balochistan province.