V Islamic Solidarity Games will be held in... 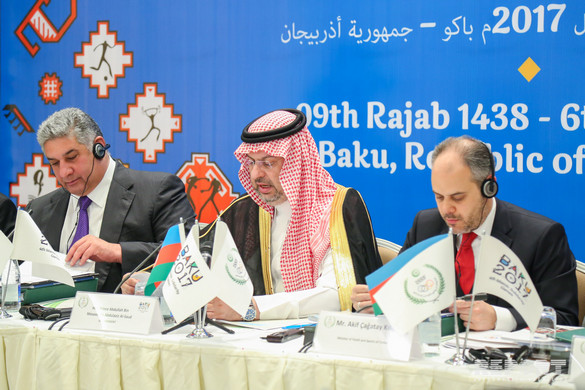 The name of the host country which will hold V Islamic Solidarity Games announced.

Axar.az reports that a decision was taken at the meeting of the Executive Board of the Islamic Solidarity Sports Federation, launching in Baku.

The attendees adopted a decision to organize the next Games in Istanbul, Turkey in 2021. In this regard, Turkish Sports Minister Akif Çağatay Kılıç arrived in Azerbaijan.

Official announcement of the Turkish city to host the Games will be declared at a news conference. A meeting with reporters will be attended by Azerbaijani Youth and Sports Minister Azad Rahimov, his Turkish counterpart Akif Çağatay Kılıç and President of the Islamic Solidarity Sports Federation, Prince Abdul Majeed bin Abdul Aziz Al Saud of Saudi Arabia.

Notably, the IV Islamic Solidarity Games will be held in Baku, May 12-22.