Team of Azerbaijan will play with Russian team 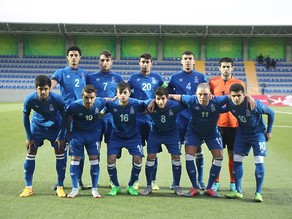 The match of youth teams of Russia and Azerbaijan will be held at the stadium "Olymp-2" in Rostov-on-Don.
Tomasz Musial from Poland was appointed as the Chief Arbiter.

Azerbaijani national team is on the fourth place (6 points after seven games played). German team is a leader in the group (15 points after 5 matches), Russian team - on the fifth place.