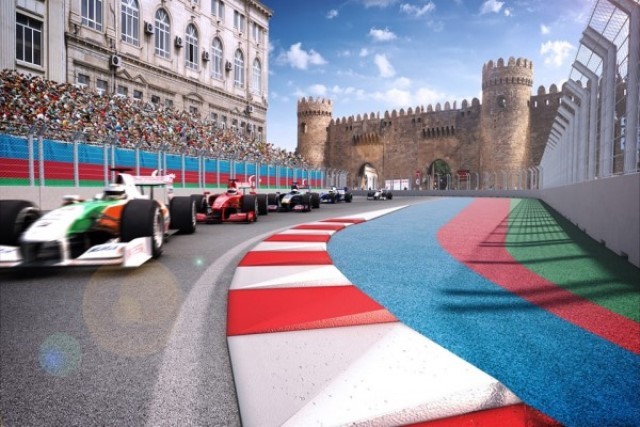 Baku, which will host the 2016 Formula 1 Grand Prix of Europe in June, will be the world's fastest city circuit, Hermann Tilke said in an interview posted on the website of Baku City Circuit, the official organizer of the race.

Tilke, German engineer and auto racer, who has designed numerous Formula One motor racing circuits, has recently undertaken the challenge of designing a viable and challenging track on the streets of Baku.

“Baku City Circuit stands out due to many factors: Baku will be the world's fastest city circuit and the track loop around the city's historical centre will create a unique and remarkable atmosphere for fans watching in the grandstands and at home,” said Tilke.

The streets are really narrow and this is exactly what makes it so appealing, he added.

“There is no track like Baku City Circuit - it will be one of the most exciting ones on the calendar,” said Tilke. “Baku, of course, is not comparable with any of the permanent circuits, because it is a city circuit. But even when compared to city circuits, Baku is unique.”

“We calculated a lap time of 101 seconds, but that depends on the individual set-up of the racing cars and on the developments of this year's new cars,” he said.

The layout of the track is designed to show off the beauty of the historic and modern views and sights of Baku, he added.