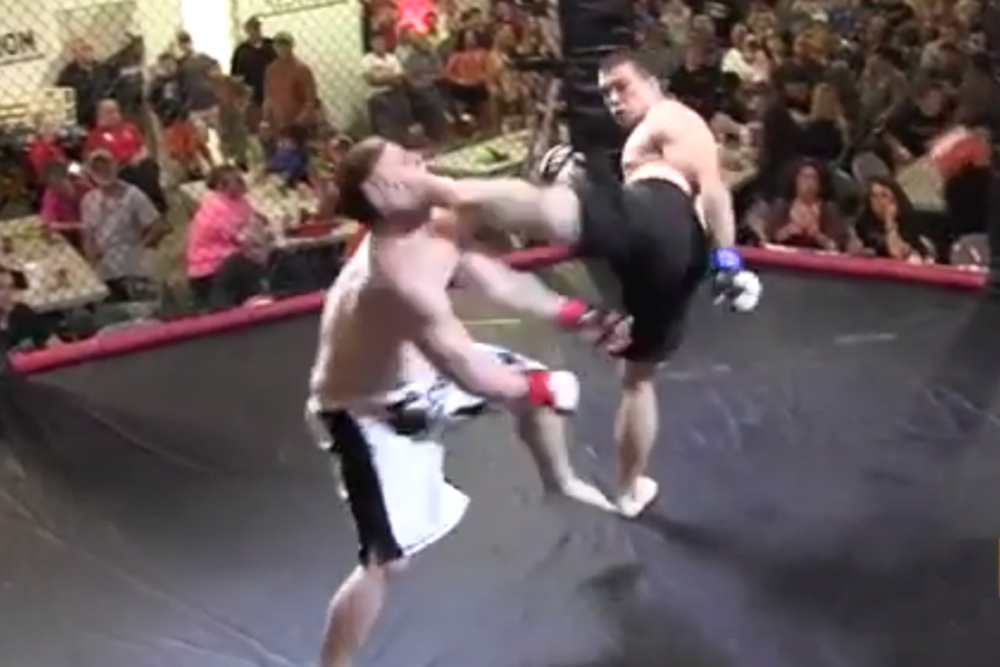 An amateur MMA fight has set a new Arkansas record with an intense four-second knockout.

Jonesboro policeman Jordan Fowler was up against Dylan Goforth as part of Pyramid Fights 2 at White County Fairgrounds.

A 195-pound amateur catchweight bout, Fowler and Goforth had barely finished shaking hands when the latter was on the mat.

While you wouldn't know it from the result, it was Goforth's first loss as an amateur.

The sound was thumping and the crowd exploded as the referee raced to ensure Goforth's safety.

After awarding Fowler the knockout of the night, Pyramid wrote on Facebook: "Best wishes to his opponent for a speedy recovery.